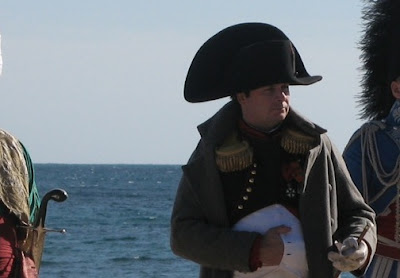 March 6
Nancy Aleo and I went south a short way to the coast at Golfe-Juan where they have an annual re-enactment of Napoleon's landing there. 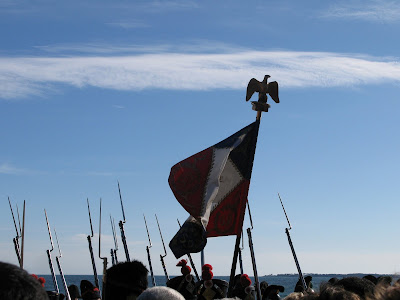 After being forced to renounce the throne, he had been exiled on the island of Elba and after a few months escaped, landing at Golfe-Juan.  He led his entourage to Paris where he ruled for 100 days before finally being defeated at Waterloo. There were troops with loud muskets and tents set up on the beach, the enactors in period costumes.  There were also craftsmen and displays of blacksmithing, stone carving and the like. 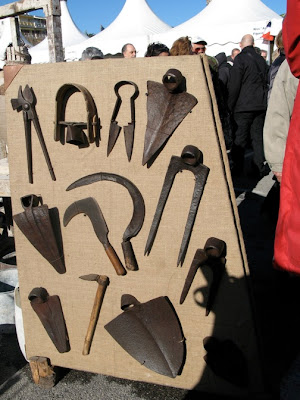 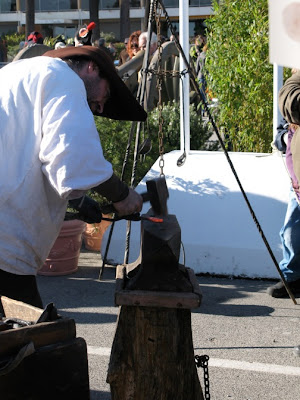 We went for a coffee afterwards and realized we were on a parade route of all the costumed players. 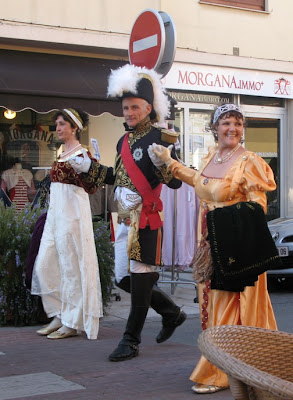 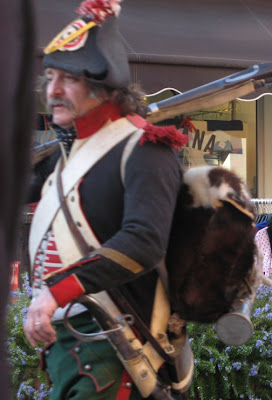 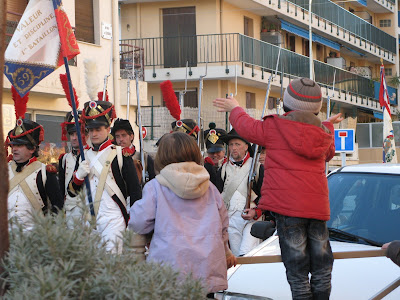