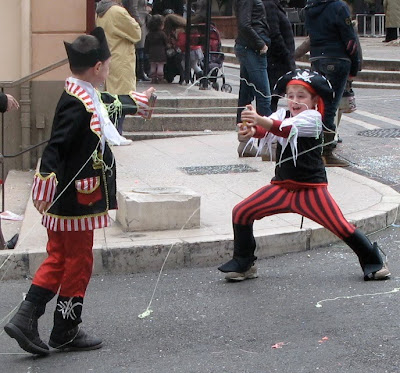 A parade and kids in costume today,  a belated Mardi Gras celebration but very child centric.  The kids were tossing confetti everywhere and squirting plastic string at their friends as well as at anyone passing. The parade featured three marching bands, the first dressed in prison stripes. Tres amusent... There were a few floats all decked in the yellow mimosa blossoms which grow every where here this time of year. There was a huge tortoise float followed by a hare and then a float with a big chicken and a smiling paper mache girl.  There were jugglers and a guy who did handstands.  It was refreshing to see children totally ecstatic, running with their friends.  The costumes: a lot of pirates and princesses with a few Spidermen and face painted clowns.  I tried to upload a short video of the parade but the internet is not co-operating.  I'll try to post it later. 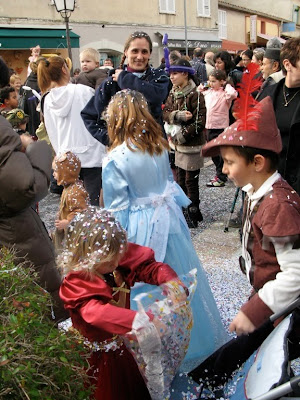 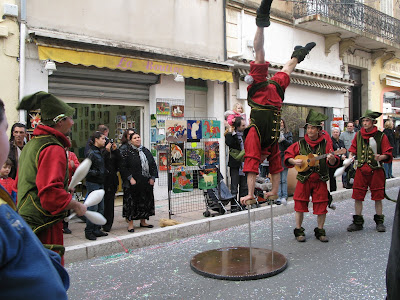 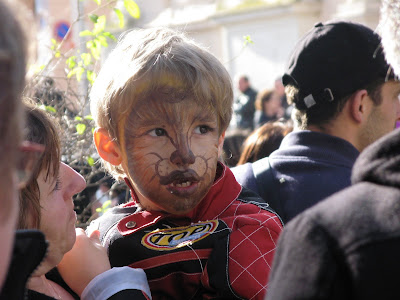 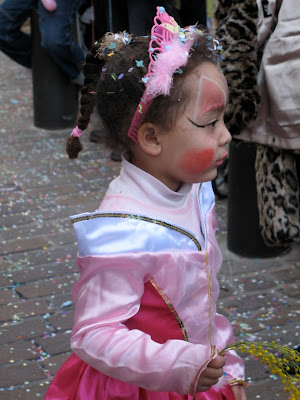 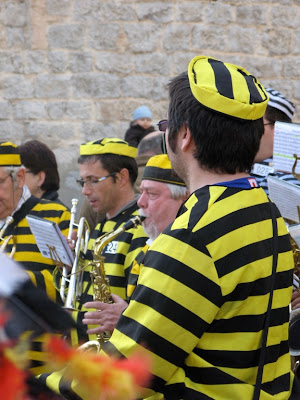 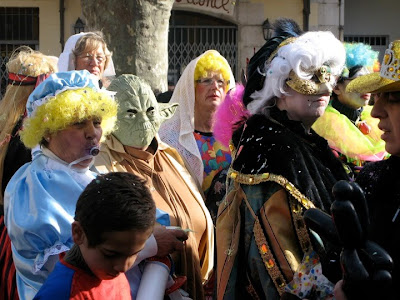 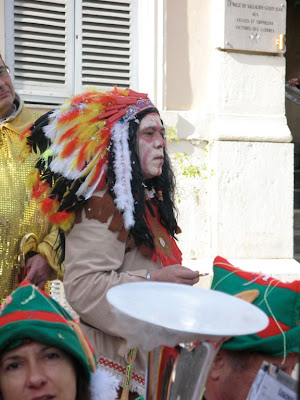