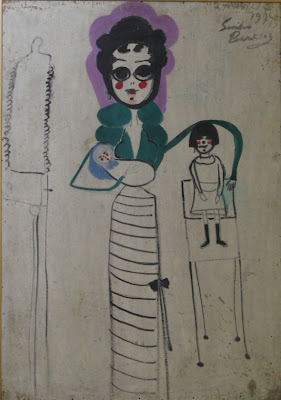 Semiha Berksoy (1910-2004) who would have turned 100 this year, was honored with an exhibition at at the  Kazim Taskent Art Gallery on istiklal Avenue, the wide pedestrian boulevard in the Beyoglu area of Istanbul.  This was the first time I had heard of Berksoy.  She was known primarily as an accomplished opera singer, a prima donna who trained in Berlin and her career paralleled the development of the Turkish Republic.  She appeared in the first Turkish film with sound, was honored by the father of modern Turkey, Kemal Ataturk and her lover was the famous poet Nazim Hikmet, jailed for his communist sympathies. 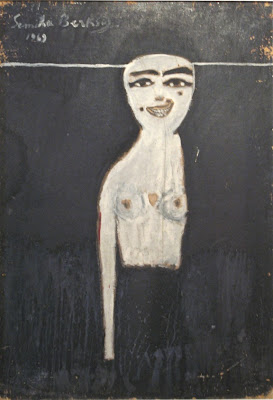 Her paintings, which she executed throughout her life,  are a cross between Basquiat and Freida Kalho.  They are mostly self portraits and she often writes on the canvas or bed sheets she used for the paintings.  At the age of 90 she appeared in a Robert Wilson opera at Lincoln Center in New York.  Wilson's eloquent tribute to her was part of this huge exhibit covering three floors of the gallery.  She filmed herself telling stories, in her bed, in a marathon production that was edited to seven hours.  It was titled "The Whole World is in My Bed"
This is a portrait of the artist with her cardiologist. 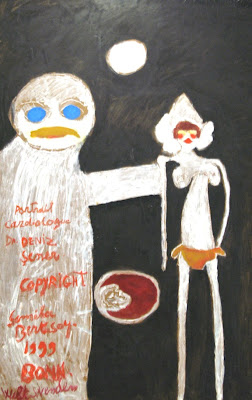 Berksoy's iconography included the snake as commerce or the marketplace and in several paintings she depicts the artist's struggle with money and finance. 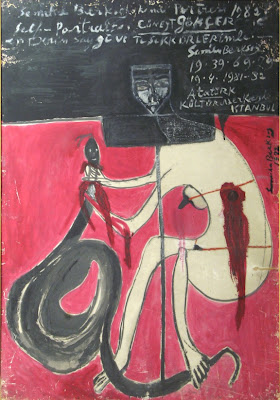 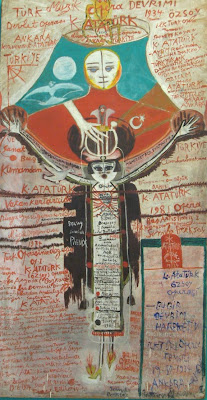 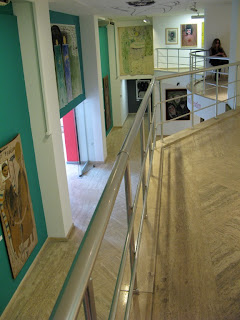 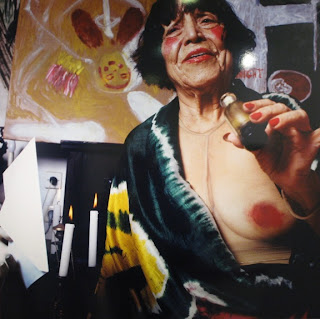